A Day Spent in Parral

The temperature when we got up this morning was in the low 40's, but it quickly warmed up to the high 70's by the afternoon. The day's plan was to leave our parking lot accommodation at 930 and head to the downtown area of Parral.

We spent the first part of the morning walking and looking around, then took an hour long tour in one of those trolly car tourist vehicles you'll occasionally see in cities in the US.  The vehicle was operated by a team of two, one to do the driving and one to do the talking.  After 20 minutes of listening to the guide speak in Spanish and many of us only able to pick out a word or two, Mona offered her translation services to the guide and to the group, (which actually helped further my Spanish comprehension to be able to hear a sentence in Spanish immediately followed by the English translation).  We drove the ring road around Parral, and made a stop  at the mine in town that offered tours, but doesn't seem to be operational at the time.

Afterwards, we walked through the center part of the city looking for something to eat, finally settling on "Taco Che," Parral's famous taco stand.  Some of the group headed out to the mine to go on a tour, and others dispersed to run errands and explore.  Larry wanted a haircut at a barber shop he had seen prior to our motor tour, so he and I headed over to the shop.  After Larry sat down in the barber chair, which was manufactured during the last century in Chicago, (one of those leather and chrome thrones, really cool!), I decided that I wanted my hair trimmed as well. We spent the rest of the afternoon running some other errands, eventually wandering back to the HoJo parking lot.  We concluded the evening playing a fun game of "Left, Right, and Center," a dice game that I think originated in Canada? I'd never heard of it, but I am sure we will be playing more rounds in the coming weeks. 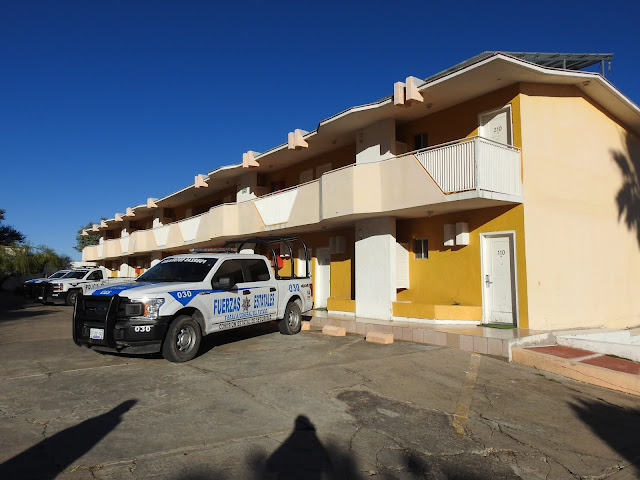 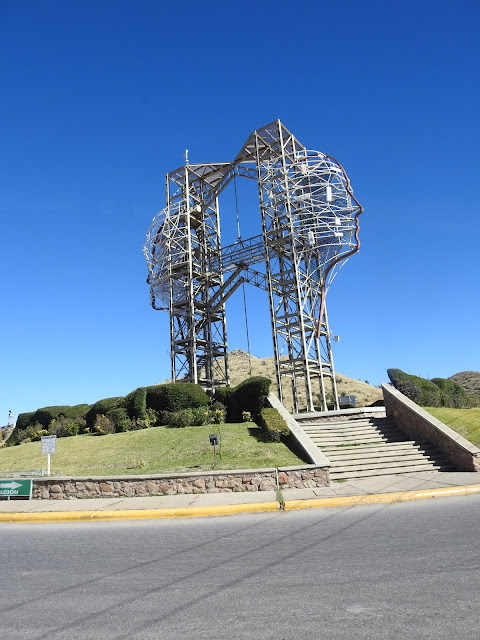 We saw this sculpture in one of the roundabouts during our tram ride. I found this explanation online:

Opened in February 2001, this work symbolizes the nostalgia of the path and hope for a better future, living the beginning of a new year, a new century and new millennium. It is the inspiration of the Parral sculptor Enrique Altamirano and was undertaken with the support of all Parral. It has an underground vault where the inhabitants of the city deposited personal memories, photographs and other items of nominal value. It was subsequently sealed and will not beopened until 2050. Its two sections represent the past and future, and in the middle hangs a pendulum. You can climb the sculpture through the stairs and have a richer experience. 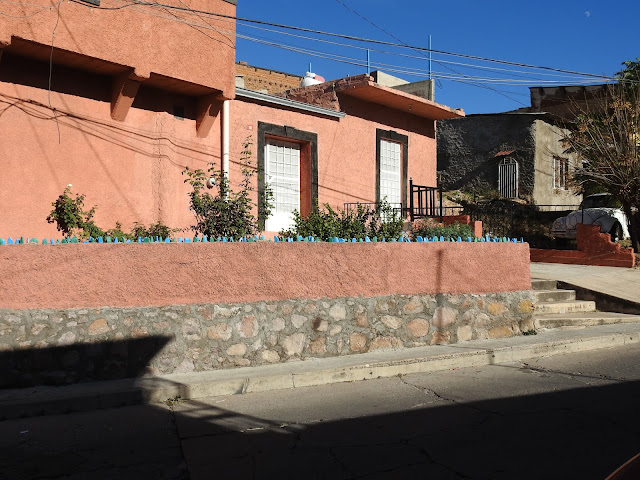 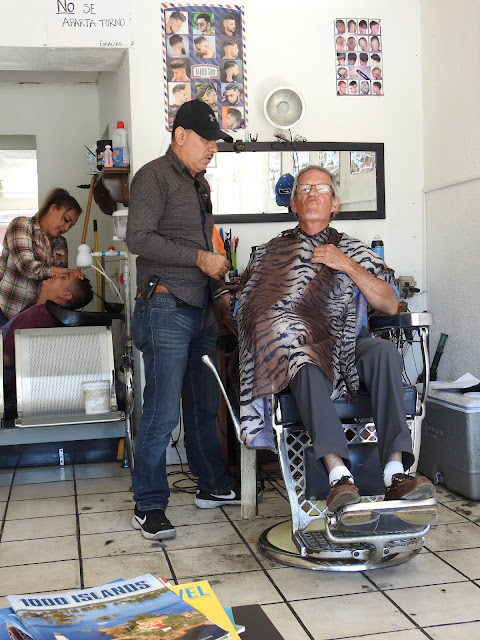 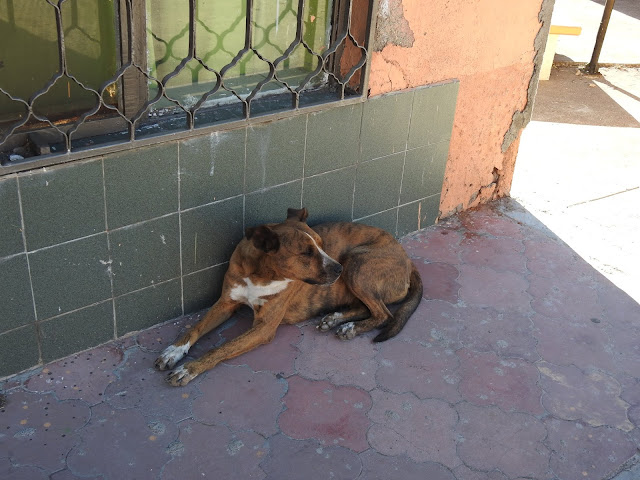