Functioning Steps and Fingers Crossed on the Slide

Last evening, the son of the owner of the hot springs, Eduardo, came over to greet us during happy hour, and Larry asked him if he knew of anyone who might be able to repair the weld on our slide rail. He indicated that they had a 220 volt TIG welder setup on site, and that we could talk to his father in the morning about seeing if a repair could be attempted.

So this morning, after a lovely breakfast prepared by the cooks at the resort, the owner had two workers roll the welding apparatus to our rig. Larry proceeded to prepare the camper for the welding job by disconnecting all the batteries and unplugging the solar panels to prevent the 220 volt welding machine from damaging our batteries or electronics, then the owner of the resort himself proceeded to weld the piece back onto the slide rail. He and Larry troubleshooted the operation of the slide for nearly two hours, and though we still need to call Barker Manufacturing in Michigan on Monday for instruction about the finer points of adjusting this slide, tonight we have a luxury of space in the camper!

After the slide rail was repaired, and while the owner and Larry were troubleshooting, the two young workers employed by the resort set about repairing our automatic step by removing it, straightening the metal, lubricating the joints, and reinstalling the step to the underside of the carriage. The steps now work better than ever! When Larry asked the owner what he owed him for all the work, the owner indicated that Larry need only pay the two young men who repaired our step.

While Larry was dealing with the camper, I took an opportunity to use our sun shower bag and wash my hair (the resort has facilities, but the showers are cold), since I hadn’t washed it in close to a week. I then spent the rest of the afternoon running three loads of wash in the single Whirlpool machine that the resort allowed patrons to use for $20 pesos a wash. The sun is intense here during the day, and the laundry was dry in a few hours.

During happy hour, we played two rounds of Left, Right, and Center (it turns out that George and Co, who invented and sells the game, has its origins in Buffalo, NY). Kevin won the first round, and Larry won the second! We’re flush with pesos now!

Tomorrow, the resort has arranged for a bus to transport us into Durango to look around for the day. 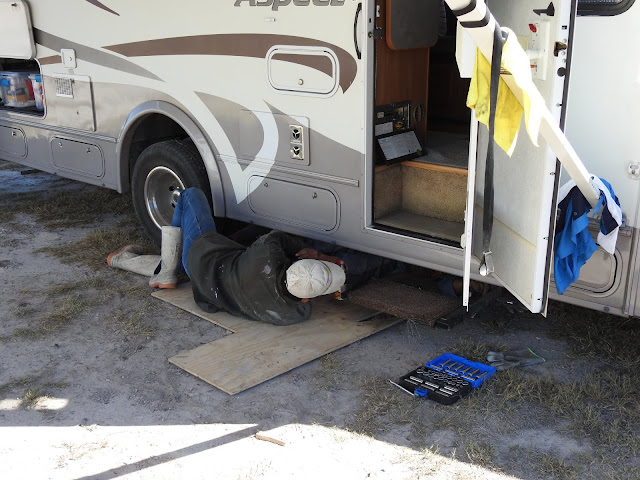 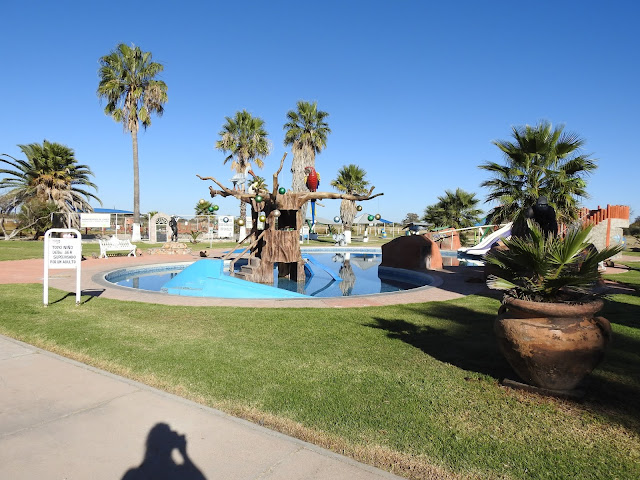 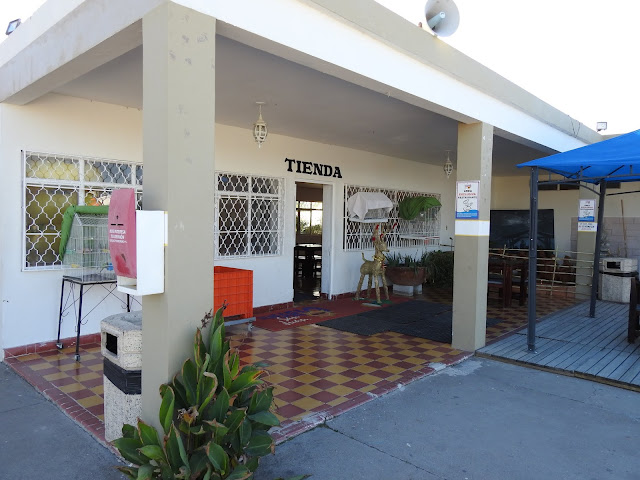 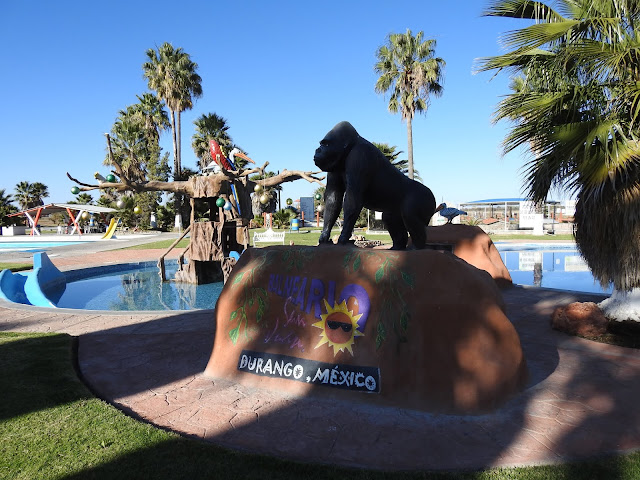 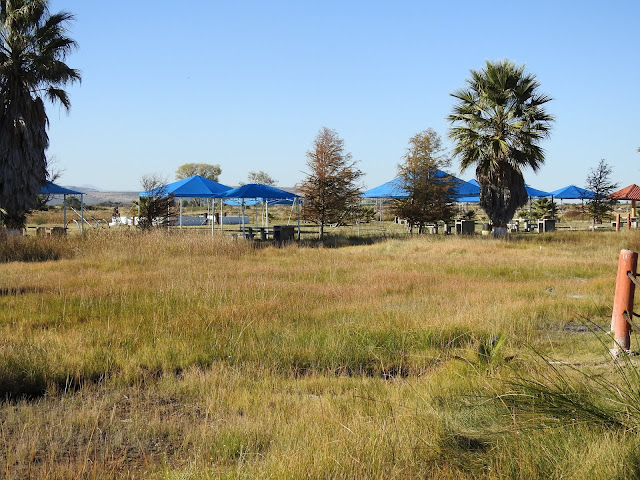